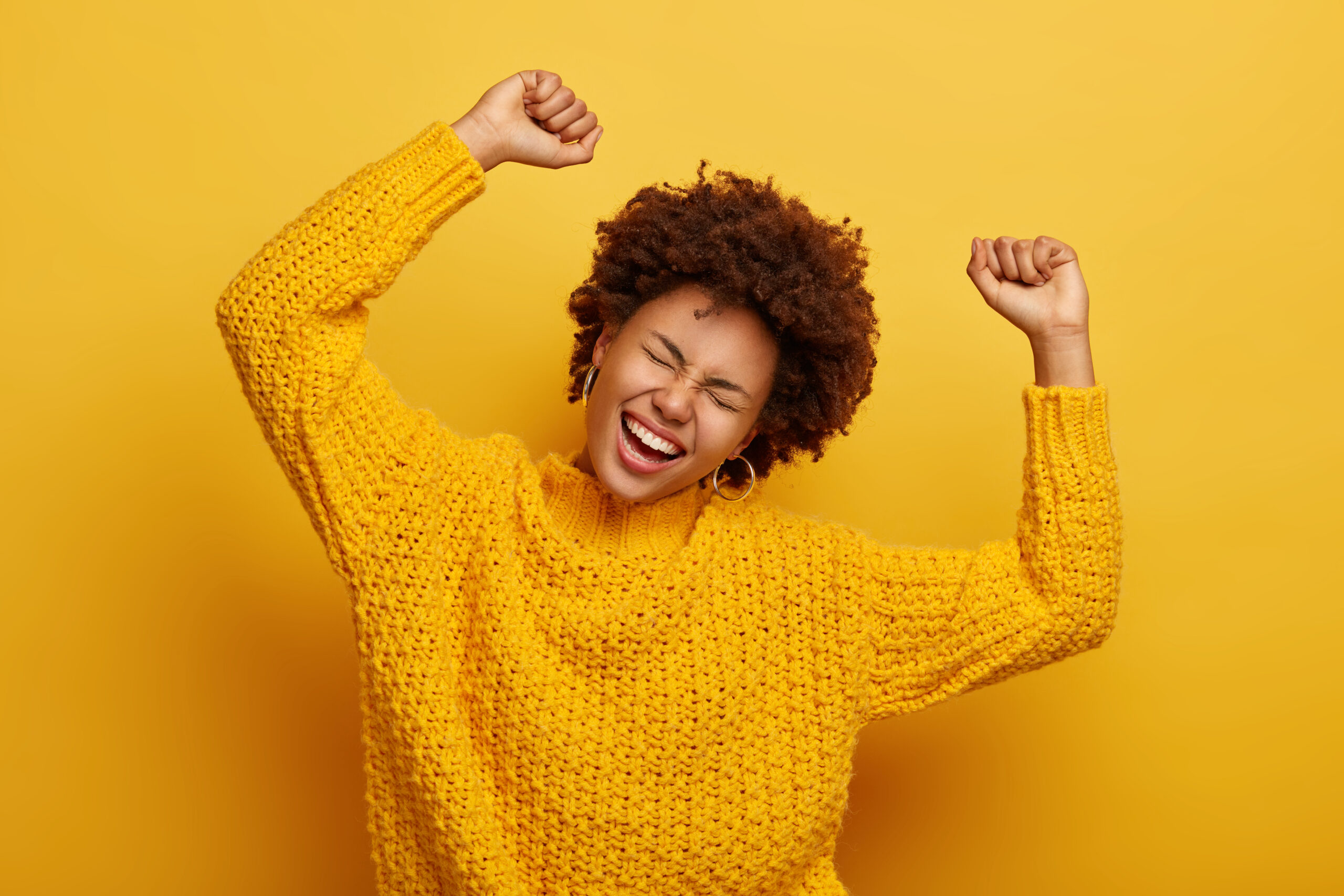 What is it about the truth?

The truth is a hard concept to understand and accept at times. Some people beg to know the truth only to be shocked and disappointed because it wasn’t the ‘’truth’’ they were expecting.

You see, the thing about the truth is that it is what it always is.

It is unfiltered and very direct.

A concept that does not need to impress or to win over anyone of us.

The truth only has one goal and that is to align you with reality.

Why so many people find it hard to accept the truth?

Denial is always more comforting than the truth, with denial you can create fantasies that can alter your reality to be as comfortable as you want it to be. With the truth, there’s only the truth. It is absolute.

We deny the truth for many reasons. One being that the realty of it all is too overwhelming. If it brings negative emotions like pain, hurt and suffering, it is just easier to deny the truth.

Two, truth calls for introspection to be understood. Fear disables us from going deep within to self-reflect.

For most of us, the longer you have lived the more skeletons you will have in your closet.

Skeletons we wish to lock away, for if we think of them, they force us to recognize the darker side of us. Memories of who we once were our can be enough to traumatize and scare us.

Two reasons it is hard to accept the truth is because it can be painful and scary.

The fact of the matter is that the truth is neither painful nor scary. It is only our perception to the truth, our thoughts and reactions to truth is what gives it the power to be painful or feared.

Martha is a mother of two children. She has been trying to get down to a healthier weight. With each child she gained an extra 50lbs totaling in 100lbs from her original frame of 145.

She admits to yo-yo dieting but ends up gaining back the weight.

‘’It is hard when nobody else is dieting in the house and you still see chips and cookies everywhere and I feel like I can’t have a social life with friends because all they want to do is go to lunch or dinner.’’ Martha admits.

Martha goes on to say that she has lost confidence in her appearance, and would do anything to just to lose these extra pounds…

Dave is in his late 50’s. He has two adult children and has been married for over 30 years.

Although, he admits he loves his wife. During those 30 years of marriage, Dave claims he has never truly felt happy or loved within this marriage.

At first, he wanted to make sure the children were raised in a home with both parents.

Dave has never brought up the topic of divorce with his wife because he knows she wouldn’t be able to handle it.

He was going to wait until the children were grown and done with college before he spoke up about his dissatisfaction their marriage.

Now that the kids are grown and out of college, he feels he is already too old and has already missed out on a big part of life.

He still has not mentioned anything to his wife, and is very conflicted about if it is even worth trying to get a second chance at happiness age his age?

Danica is in her 20’s. She is very outgoing and enthusiastic about life. She loves her life, her friends, and her pet fish.

Although very outgoing, Danica has trouble holding down a stable job.

She lives paycheck to paycheck and sometimes runs into problems with paying her rent and bills on time.

Sometimes she loses a job from coming in late or not showing up and the electric or water might get shut off for a couple of weeks.

Luckily, she has friends that will let her crash on the couch in times when she gets evicted.

Her family lives back in her hometown as she decided to move to LA right after high school.

She loves adventure and says ‘’I am a free spirit, that’s just who I am…”.

Reconnecting with truth and reality.

Do you believe Martha, Dave, and Danica are in denial or are they speaking truth?

What are the dangers of not wanting to see reality for what it is?

I believe the most important aspect of seeing things as they are is so that you can pull yourself out of hard situations. When we run from your problems or are in denial about our reality, we imprison ourselves within that chaotic energy.

As said before the truth is absolute, even if you deny it or wake away from it. It will still be the truth.

We might not think that we have to deal with the truth, and will many times throw it out of focus, but it will undoubtedly find it’s way back to us.

Each and every time we deny the truth it gets even harder to accept.

Also, understand that when we create a safety web of denial around us it not only prevents us from feeling hurt and pain, but it also creates distance from us and our close relationships.

We create an environment of keeping everything at a distance for fear of either exposing ourselves or the truth.

Denial and fear can leave us feeling like to loneliest people on earth.

One of the best ways that I have found to start looking at things more clearly and honesty is to first and foremost understand that we have enough strength and courage to overcome anything that seems greater than us!

Next is to challenge our negative perception of the truth. Yes, it might seem scary or feel painful to realize the truth, but we will find a way to overcome it!

There is nothing that you or I need, outside of ourselves to overcome anything that life puts in our way!

If you don’t put yourself out there to see what you are made of, how will you know if you can or can’t overcome it? 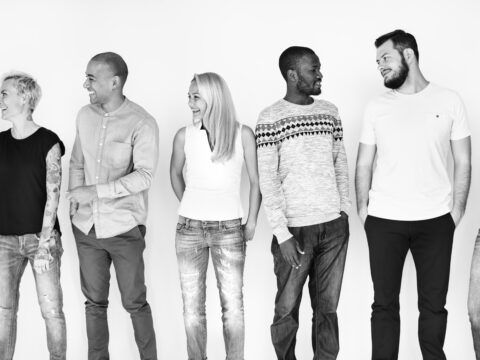 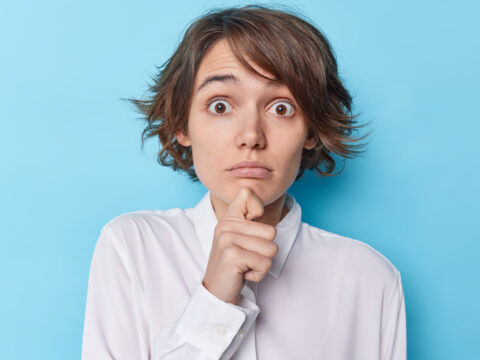 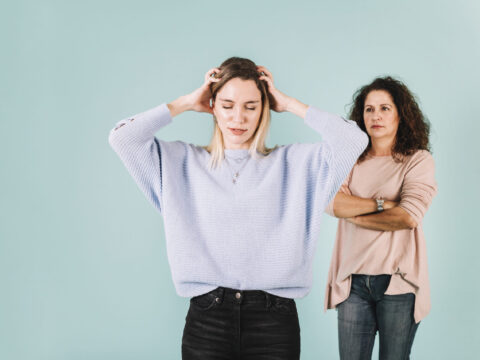 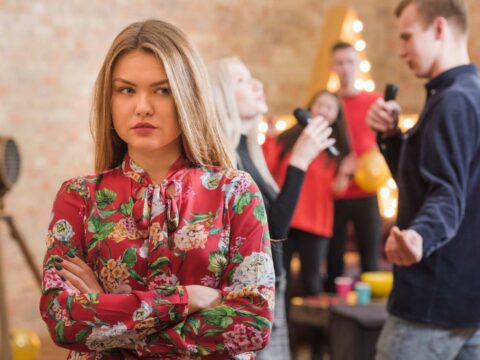